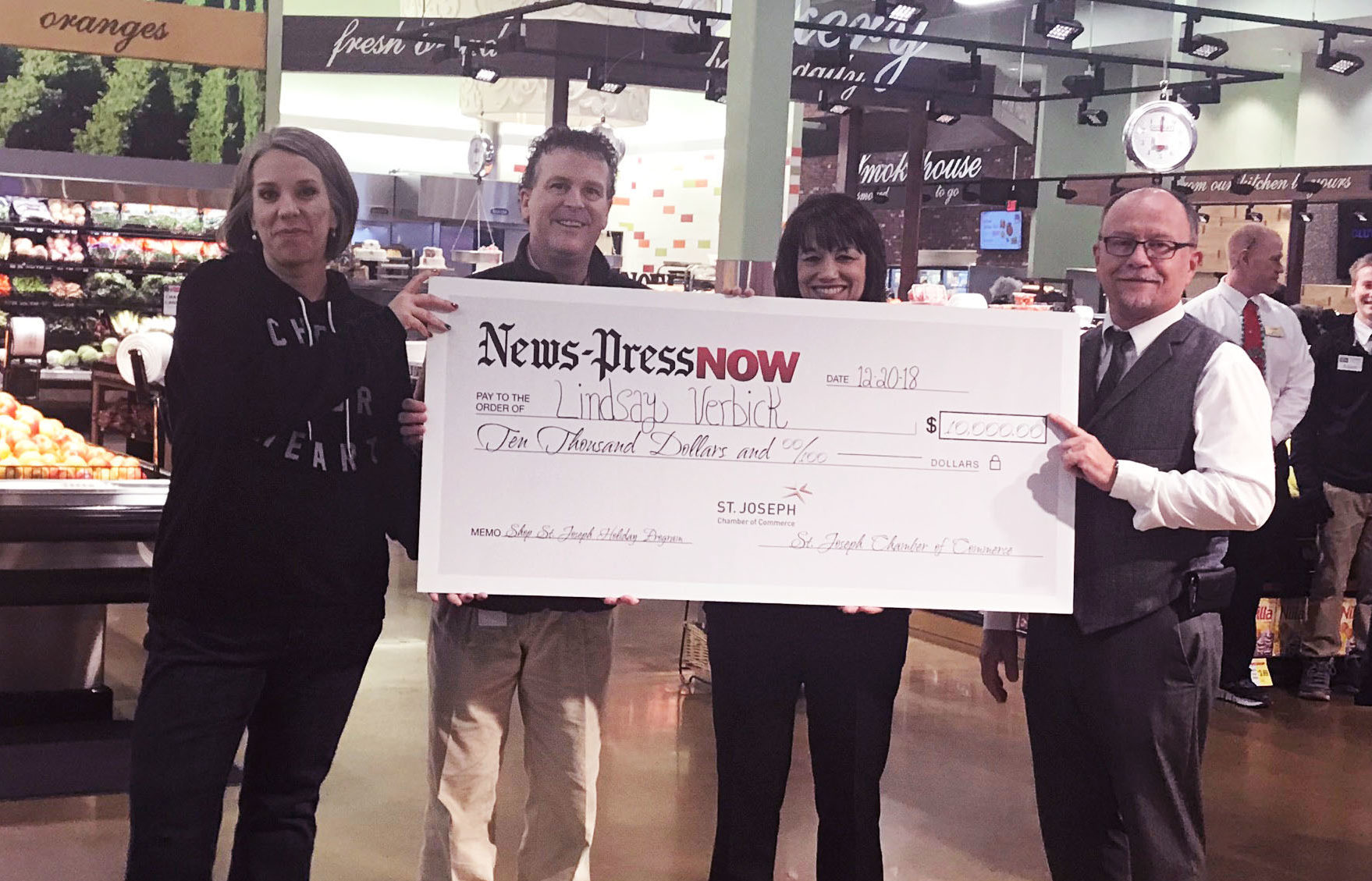 Lindsay Verbick, 40, is an avid shopper at Consentino’s Price Chopper, where the award was given.

“I go to Price Chopper every day,” she said. If it’s not for a few groceries it’s to go to the in-store Starbucks, she said.

The married mother of a 9-year-old son works and volunteers at her son’s school. She was PTA Volunteer of the Year at Oak Grove Elementary School last year. An avid shopper who loves to buy local, she said she jokes that she volunteers so much “to keep me out of the stores.”

However, most of the $10,000 prize winnings will not be going into a shopping spree. The day before the Shop St. Joseph drawing she asked on Facebook if Santa brought furnaces for Christmas.

“Tuesday morning our furnace went out,” she said. “Luckily, it’s been on the warmer side, but that is a huge expense that we weren’t expecting.”

Her ticket was verified as the official ticket at the St. Joseph Chamber office Wednesday night. The winning ticket was in the middle of a long string of other tickets.

“What’s funny is, I didn’t even want to go shopping that night, but we were out of milk and we really needed groceries,” Verbick said. “I’m really glad now that I went!”

After the furnace is paid for, she hopes to do something fun for her family with anything remaining.

Shop St. Joseph is in its 11th year and was presented by News-Press NOW. Dozens of second chance prizes are also being awarded. Check saintjoseph.com for a list of prize numbers. Almost 1.9 million tickets were distributed this year, which is the most in program history. In 2017, 1.8 million were distributed, in comparison to 400,000 in 2007. There were 120 merchants this year compared to 108 last year. In 2007 there were 59 merchants.