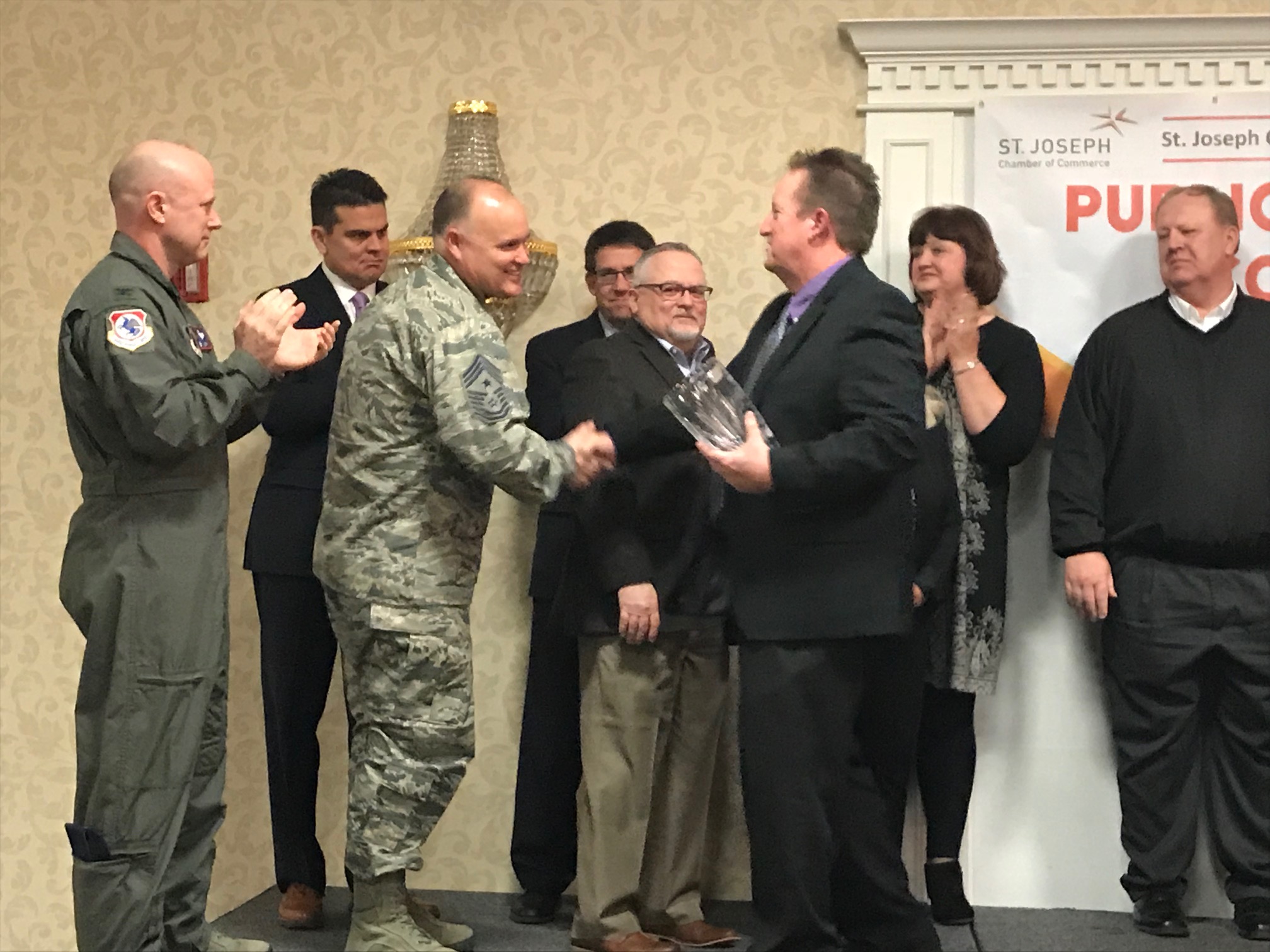 The mayor of St. Joseph has been giving State of the City addresses for 25 years in conjunction with the St. Joseph Chamber of Commerce. On Friday, Feb. 23, Mayor Bill Falkner gave his last at the Chamber’s Public Affairs Coffee.

Falkner isn’t running for re-election and has his sights set on the District 10 seat for the Missouri House of Representatives.

“I believe Bill has always had the city’s best interest at heart,” said R. Patt Lilly, Chamber President and CEO. “It was never about him.”

Falkner gave a speech titled, “Having Vision” and gave all the members of the audience a pair of rose-colored sunglasses in which to hypothetically see the future. He told attendees to put the glasses on and see no double-decker highway in downtown, a park for the kids and a new event center. He said to the west you could see Rosecrans “International” Airport. All around town you could see how clean the community is, with people taking pride in their property, sewer bills decreasing, a light rail to Kansas City and much, much more.

“I applaud the Chamber for beginning the community strategic planning process,” he said.

He encouraged the new City Council and Mayor to be involved in that process, as well as to get to know city staff. Many of the candidates were in the audience.

“Keep the lines of communication open, especially during heated issues – and there will be heated issues,” he said.

Falkner said that city leaders who formed the Parkway during 1910-1912 faced opposition, but we reap the benefits of their hard work today.

Falkner was given a token of appreciation and a verbal thank you from the members of the Community Alliance of Saint Joseph. During this presentation, a special thank you was given by Col. Ed Black of the 139th Airlift Wing of the Missouri Air National Guard. He said Falkner coined the phrase, “When St. Joe’s in trouble, they don’t call 911, they call 139.”

“We couldn’t have had a better patriot than Mayor Bill Falkner,” Black said.

To see the full State of the City address, go to stjoemo.info.