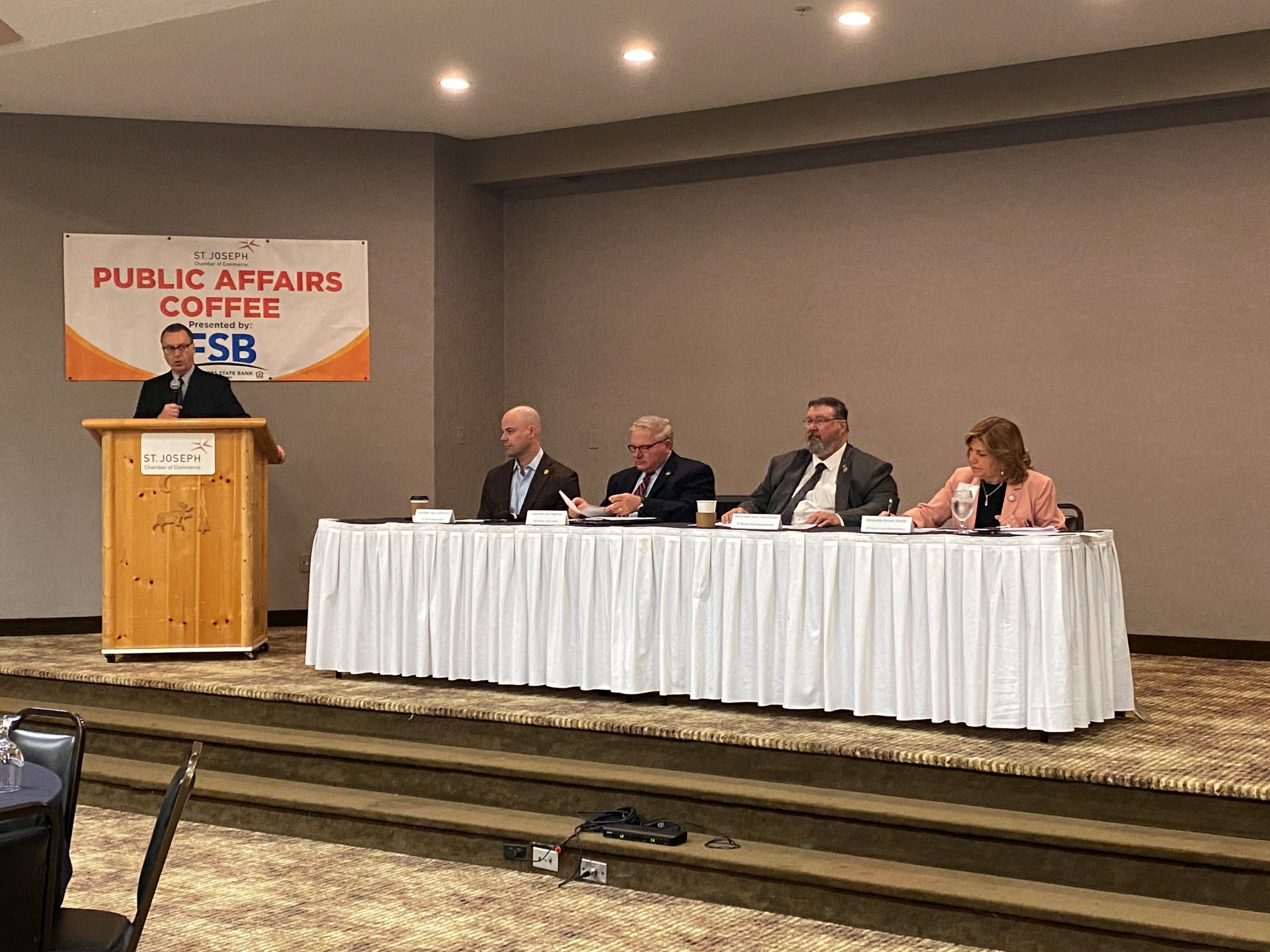 Northwest Missouri state legislators spoke to a Chamber audience at the Public Affairs Coffee on June 2, 2021, at Stoney Creek Hotel & Conference Center. The program was presented by Farmers State Bank.

Sen. Luetkemeyer highlighted the passage of the Prescription Drug Monitoring Program, which should deter drug shopping by addicts.

He also highlighted the $1.1 million in funding for upgrades at Hillyard Technical Center and $650,000 for renovations at Scanlon Hall on the Missouri Western State University campus, which helped secure Chiefs Training Camp’s return to St. Joseph.

The gas tax was a big win, paving the way for infrastructure improvements, as was the passage of the Wayfair act, which levels the playing field for local shops competing with online retailers. Missouri was only one of two states that didn’t have an internet sales tax in place, he said.

Rep. VanSchoiack discussed public safety accomplishments as well as the passage of tax credits for adoptive families. Rep. Shields said the creation of the Office of Childhood was something “we’ve been dreaming of for 20 years.” She also discussed the $1.3 million allocated for repairs to Lewis & Clark State Park needed because of flooding.