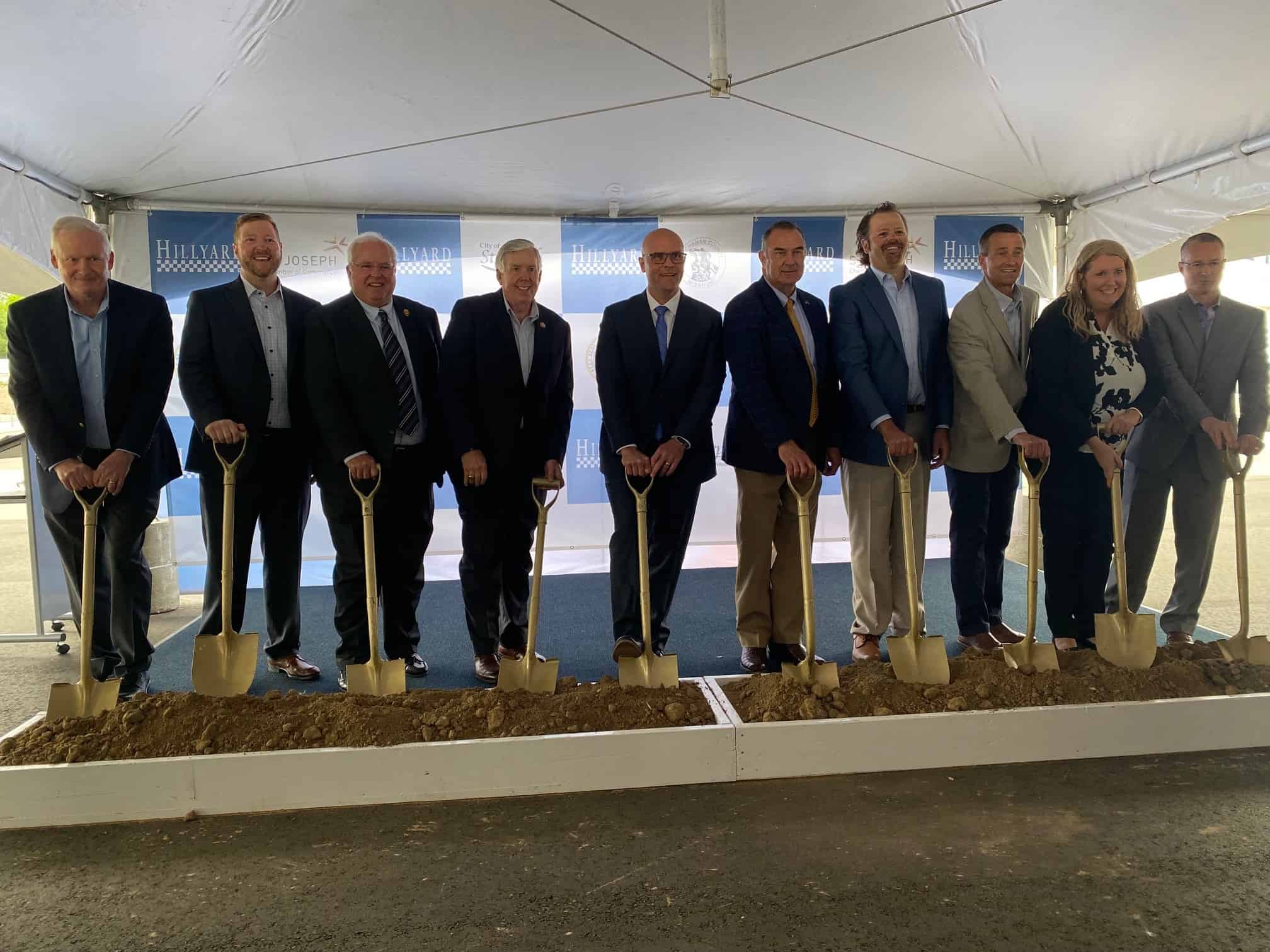 After five years, Hillyard Companies broke ground for construction at its major construction project on 25 acres that retained more than 200 employees
in St. Joseph. The groundbreaking ceremony was held Monday, May 23.

Hillyard, a leading manufacturer and distributor of cleaning and hygiene solutions located in St. Joseph since 1907, is building a new manufacturing and national distribution center to modernize its manufacturing and warehousing operations, which have been located in multi-story downtown buildings since the 1930s.

“Hillyard deciding to remain in St. Joseph, keeping 200 jobs here and redeveloping a former heavy industrial site is invaluable,” said Natalie Redmond, President and CEO of the St. Joseph Chamber of Commerce. “The dedication of the company and the partnership between the State of Missouri, Buchanan County and the City of St. Joseph to make this endeavor possible is incredibly important to downtown revitalization and the future of manufacturing here.”

Gov. Michael Parson and Lt. Gov. Mike Kehoe both spoke at the ceremony about the importance of projects like these, and the importance of keeping employers in Missouri, especially when neighboring states make attractive offers to lure them away.

“This project has been years in the making and thanks to a collaboration among private, public, state, county, and local efforts, it’s finally coming to fruition,” Carolus said. “Downtown St. Joseph has been an important part of our history over the last 115 years. We’ve thrived here. Hillyard is committed to St. Joseph and
the downtown community, and plan to be here for decades to come.”

Hillyard’s purchase of the heavy industrial property was announced in 2016, but many hurdles had to be overcome in the demolition process to get to the groundbreaking. The new distribution center is expected to be open and operating by late 2023.