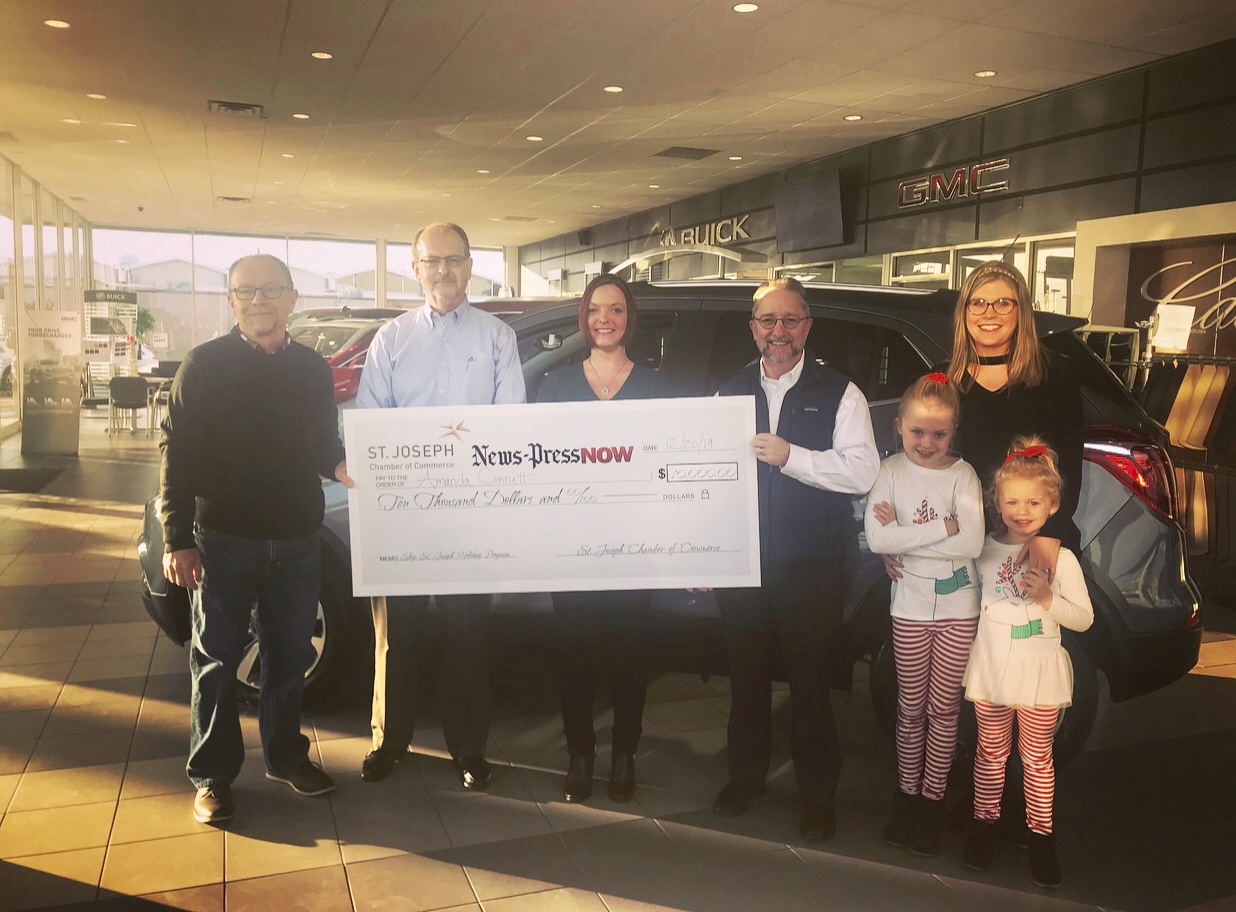 Shop St. Joseph ended in a nail-biting way this year with the winning ticket being presented just minutes before the 5 p.m. deadline. Amanda Connett, came to the St. Joseph Chamber of Commerce with the winning purple ticket just in time. She was presented with the giant $10,000 check at Albright Buick GMC Cadillac, where she’s a frequent customer.

Connett, a married mother of three, bought her vehicle there and goes there regularly for oil changes, etc. She said the owners are very nice people, and she’s happy not only to claim the $10,000 prize, but to help bring publicity to the car dealership.

Connett, of Gower, Mo., is a speech language pathologist in the St. Joseph School District. She was born and raised in St. Joseph and does a majority of her shopping here.

“With being a mother of three, I do a lot of online pick-ups these days,” she joked.

When asked what plans she might have for the grand prize, she said her family just built a home so some funds may go to that and to starting a college fund for their youngest child.

Shop St. Joseph is in its 13th year and was presented by News-Press NOW. Dozens of second chance prizes are also being awarded. Check saintjoseph.com for a list of prize numbers. Almost 2 million tickets were distributed this year, which is the most in program history. There were 132 merchants this year. In 2007 there were 59 merchants.