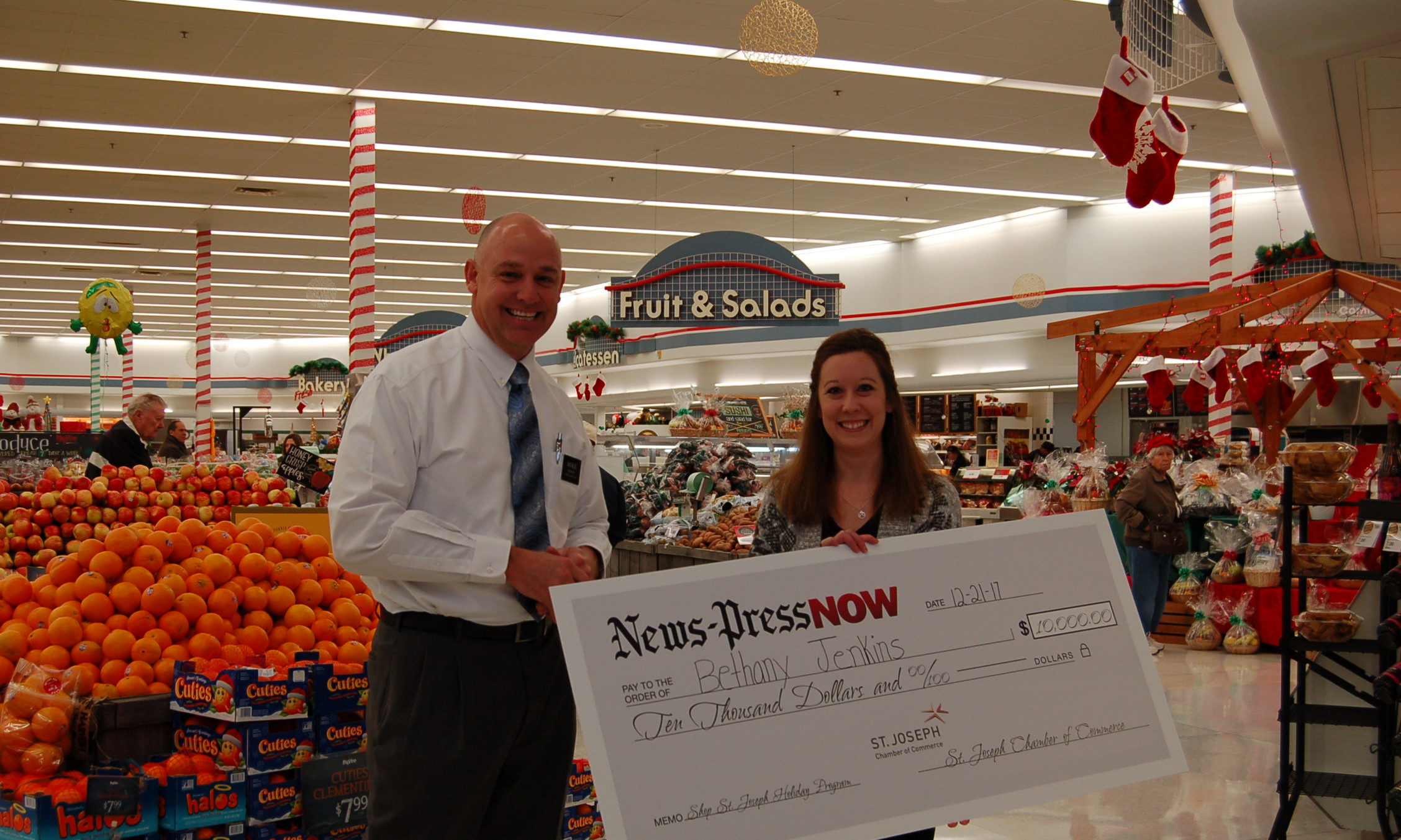 It was a very lucky night for an area teacher as she learned that she was the winner of the 2017 Shop St. Joseph Holiday Program. Bethany Jenkins, 31, claimed the prize at the St. Joseph Chamber of Commerce office Wednesday night.

She got the winning ticket at Hy-Vee, which is where she was presented the giant souvenir check for $10,000, as well as a real check to take to the bank. She said she shops in St. Joseph and at Hy-Vee regularly, as St. Joseph has the largest retail stores near Troy, Kan., where she lives. She said she’s participated in Shop St. Joseph before, but this was the first time she noticed the winning number right away and checked her tickets immediately.

When her numbers matched she needed a second opinion before she called the Chamber to claim the prize.

“I texted my mom a picture of my ticket,” she said. “I said ‘This can’t be possible!”

The kindergarten teacher said she’d likely pay some bills, maybe go on a trip and definitely expect a lot of questions from her students when school goes back in session.

“We’ve been extremely happy to see the program grow so much these past 10 years,” said Natalie Redmond, Vice President of Membership for the St. Joseph Chamber of Commerce. “Everyone who participated helps keep more holiday revenue with St. Joseph businesses, which positively affects our economy. Thank you to all of the merchants and shoppers.”

The St. Joseph News-Press is the presenting sponsor for the program.