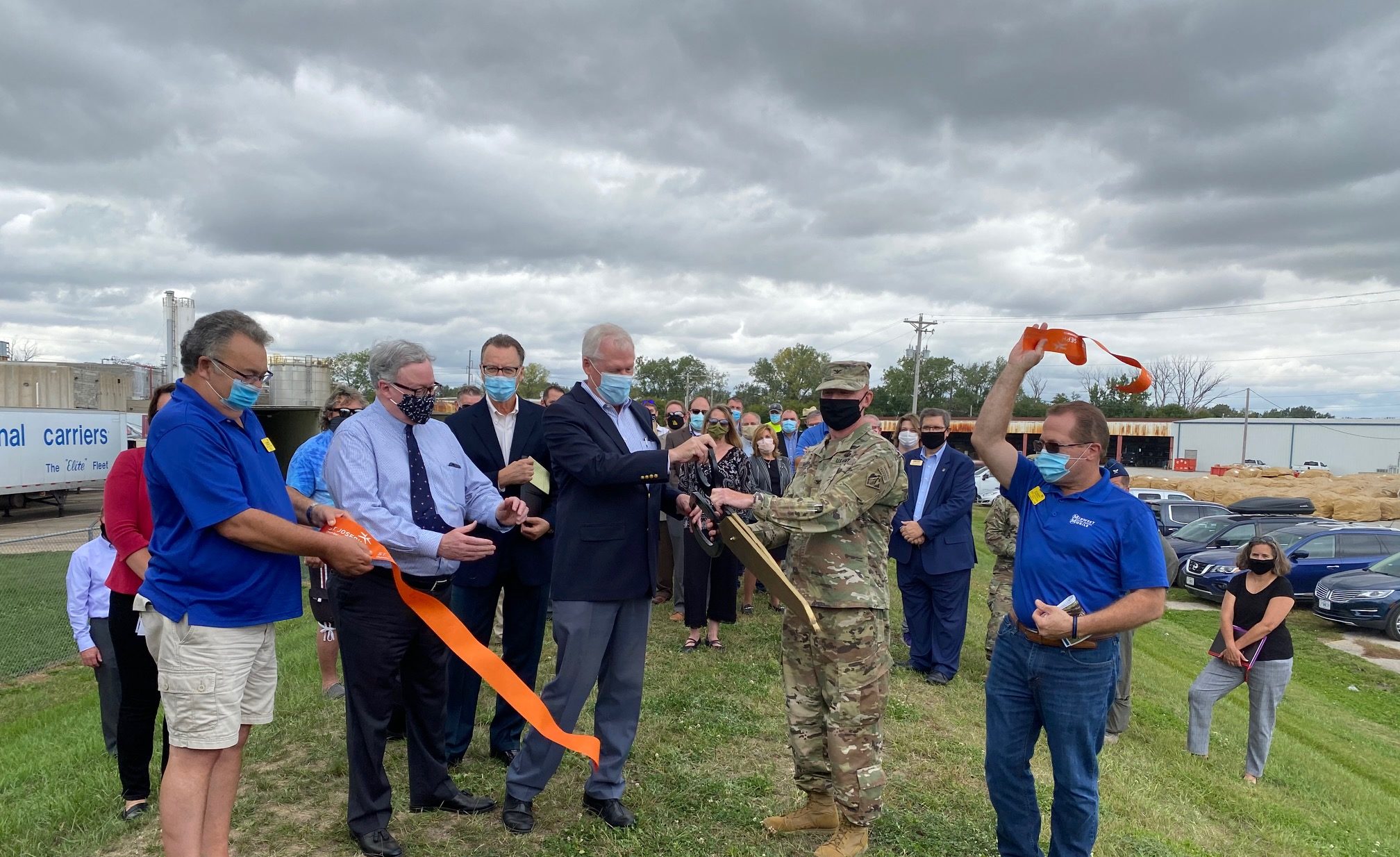 A process to fix Missouri River levees that started after the Flood of 1993 is nearing completion and was celebrated with a ribbon-cutting ceremony today.

“Today is recognition we’ve completed the St. Joseph side of the levee improvements,”  said R. Patt Lilly, President and CEO of the St. Joseph Chamber of Commerce. “The Kansas side will be finished in the not too distant future.”

“We celebrate this, not only in the context of the work happening, but the impact it has on the community and the business community as a whole,” Lilly said. “This is a vitally important industrial area. The work that was done is now protecting more than 50 businesses in this area, many of our major employers, and protecting more than 5,000 jobs.”

Col. Bill Hannon Jr., Commander of the U.S. Army Corps of Engineers for the Kansas City region, said $80 million worth of damage was caused in 1993.

“Just last year we saw how important this project is with the flood of 2019 where we came within inches of overtopping the levees on the right bank,” he said.

The levees also almost overtopped in 2007 and 2011. In 2016 Buchanan County voters overwhelmingly approved a quarter cent sales tax to help make up the 35 percent match necessary to complete the project. The State of Missouri, Buchanan County, the City of St. Joseph and levee districts also helped cover the match.

“It’s so impressive how the community in this area pulls together,” he said. The levees included in this project protect $2.3 billion worth of residential, industrial, military and commercial areas.

The ceremony was hosted by the Community Alliance of St. Joseph.